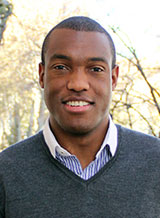 Lemarque Campbell is a Bahamian international human rights lawyer. He is currently based in the former Soviet Republic of Georgia, where he works for Transparency International (TI). Lemarque joined TI Georgia in January 2013, where he provides legal opinions on public policy issues and specializes in international and comparative law, human rights law and property rights violations. Originally from Freeport, Grand Bahama, Lemarque holds a BA in Sociology, a Postgraduate Diploma in Diplomacy, as well as an MA in Law. Lemarque was admitted to the Bar of England and Wales, Lincoln’s Inn. Additionally, he has lived, studied and worked in the US, Canada, Saint Lucia, Thailand, Malta, and England.

One thought on “Lemarque Campbell”