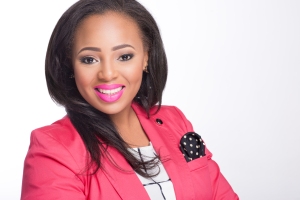 Called “Star” since birth, Anastarcia Palacious believes her purpose is to “build the nation through communication.” As such, she is a television, radio and event host, a social media influencer and business owner. For the past four years, Anastarcia has appeared on TV screens across The Bahamas as the host of Bahamas at Sunrise and on Guardian Radio 96.9 as a co-host with Carlton Smith on Let’s Talk Live. She was nominated for a Bahamian Icon Award in Entertainment in 2016 following a career in theater that began at age eight.

Anastarcia’s ability to communicate effectively and entertain audiences has led to her moderating and facilitating events both locally and abroad. In 2016 she was chosen from among the country’s top journalists to facilitate the IDB Annual Board of Governor’s Meeting which was streamed live to over 150 countries and in 2018 she moderated the IDB’s Understanding Block-chain Technology event, amongst many others.

As the Youth Ambassador of The Bahamas to the Commonwealth 2007-2009, The College of The Bahamas Student Union President 2008-2009, and University of Miami Student Government Chief of Staff External 2010-2011, Anastarcia has traveled to over fifteen countries around the world to advocate for and create legislation regarding youth rights.

Anastarcia helped form the Bahamas National Youth Council in 2007 and in the same year began her work on the National Youth Policy as a researcher and facilitator. The comprehensive policy on youth development was tabled in the House of Parliament in 2014. Anastarcia served on the National Advisory Council on Crime from 2007-2008, on the committee for the 2013 Caribbean Commonwealth Women Parliamentarians Conference and on the Nassau Flight Services Board from 2015-2017.

Anastarcia values faith and family. She loves food, fashion and foreign destinations and by sharing those values via her blog Anastarcia.com, Anastarcia has built a social media following of over 10 thousand persons across several platforms. As the owner of The Social Light Media group, Anastarcia brings the same creativity and focus that allowed her to build her personal brand to individuals, businesses and organizations.

Anastarcia holds Bachelor of Arts (General Honors) degrees in International Studies, and Political Science from the University of Miami and an Associate of Arts in Mass Communication from the College of the Bahamas. She is a member of Alpha Kappa Alpha Sorority Inc. and Toastmasters International. Anastarcia is married to Carlos Palacious. The couple have one child, Cairo Aria.